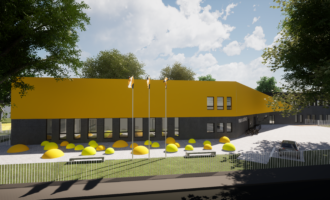 The new building of Tallinn Vindi Kindergarten got a cornerstone

On February 15, the cornerstone was laid in the new building of Tallinn Vindi Kindergarten (Vindi tn 3) in the Kristiine district, which is planned to open this year. Designed by our amazing team.

The 12-group building of Vindi Kindergarten will be built on the site of a largely demolished house. The building with two above-ground and one underground floors is articulated to suit the surrounding environment and landscape. The group rooms are designed in a double part of the building and the administrative block with halls, kitchen and auxiliary rooms in a single part. In front of the double part of the house there are terraces, which also make it convenient to study outdoors. Play areas can also be placed under the roof slice of the disposable part of the house. The main entrance to the building opens from the paved square in front of the house, from where you can access all the premises, including those intended for community use.

Vindi kindergarten is built by Nordlin Ehitus and owner supervision is carried out by AS Infragate Eesti, designed by Esplan OÜ. The deadline for completion of construction works is September 2022, the kindergarten is expected to be opened in October. 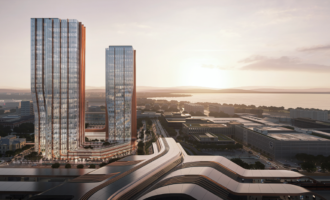 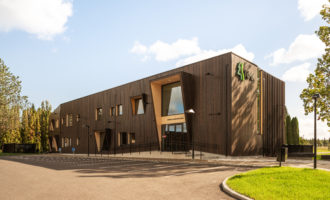